Glasgow-based author John McGlade is the first person to raise funds to publish his novel through Crowdbound, an innovative platform specializing in crowdfunding for books.

“Having the personal interaction with Arkbound was invaluable. It wasn’t a faceless organisation where I didn’t know where to turn if I needed help,” John McGlade says.

At Crowdbound, just in ten days, John reached his goal.

“Up until this point, we had depended a lot on grants to support the production of books, which often run into the thousands of pounds. Now, money raised from crowdfunding can enable us to support a larger group of authors whose work covers important social or environmental themes,” Elsie Elder, Publishing Executive, notes.

Arkbound is an open, collaborative, rebellious and creative charity. Staff and trustees have lived experiences of social and environmental disadvantage. It is an ‘outsider organisation’ committed to confronting established power networks that fuel, or at best ignore, the exploitation of people and the environment.

Arkbound supports people to publish books with titles that cover topics including homelessness, disability, mental health, substance misuse, imprisonment, poverty, and the impacts of climate change on vulnerable communities. Arkbound’s focus is to provide a way for new voices to be heard and to expose misunderstood issues.

John McGlade is a freelance writer in Glasgow who has scripted many satirical shows, winning a nomination to the BBC Audio Drama Awards for his radio scripts. He has also published poems, short stories, and flash fiction, with written performances at the Edinburgh Fringe Festival and across the UK.

Subscribe to receive a monthly round-up of our blog updates straight to your mailbox.

You are subscribed to our newsletter. Expect to hear from us shortly :)

For the first time in Albania, an online platform has been created which enables the gathering of resources from the “crowd” – from anyone interested, wherever they may be ...

How does equity crowdfunding work It’s truly fascinating to see how many forms crowdfunding, as a phenomenon, has taken to help people solve various purposes.  In this piece, we will focus on equity crowdfunding, a method to raise capital common for early-stage companies and startups. We think it may be useful for both entrepreneurs and investors willing to put their […]
Investing July 1, 2022 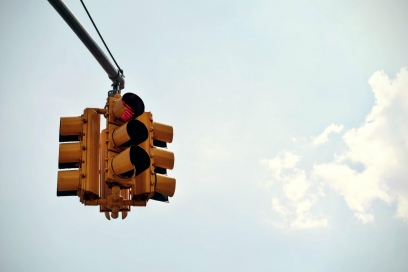 Crowdfunding regulations in the UK and Europe FCA, BaFin, AMF and ALM. If you are going to start a crowdfunding business, but have never heard of these regulators, we recommend you to read this article through.
Crowdfunding Business July 28, 2020
Login with Linkin

Find out how platforms adopt the European crowdfunding regulations, how they handle new marketing challenges and what they do to prepare for a potential economic decline.